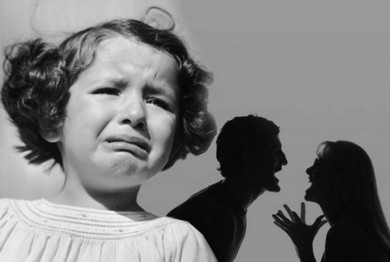 Often, children who were abandoned by their birth parents ask: "Who is my father and mother?"

Indeed, who are they? Are they good or bad? Were they forced to do it? What if they had no other choice?

Children often look for their parents. They use agencies to find their parents’ addresses and contact information, just to see the faces of those who have the same blood flowing through their veins.

A friend of mine spent a long time in search of his mother, traveled hundreds of kilometers to get to her after finding the address, and didn’t hesitate to finally knock on the door. We will never be able to understand what was going through his mind.

She already had a family; kids, a husband, and set routine, a way of life. She is a grown woman now, not a young mother with a little boy in her arms.

What was she thinking about behind the closed door? Did any memories come back aside the ones of her "present-day" children?

Her newly found son didn’t want any money, or a piece of her house, he just wanted her to know that he is alive.

What kind of people are those who leave their own kids? Actually it is the ones who once made promises of everlasting love, but somewhere along the way, something didn’t work out, when a tiny human being was already there, getting in the way of life.

If every orphan, who was rejected by his or her parents could give any advice, he or she would probably say, "Appreciate your relationships, grow the love in your family, and care for your children.”