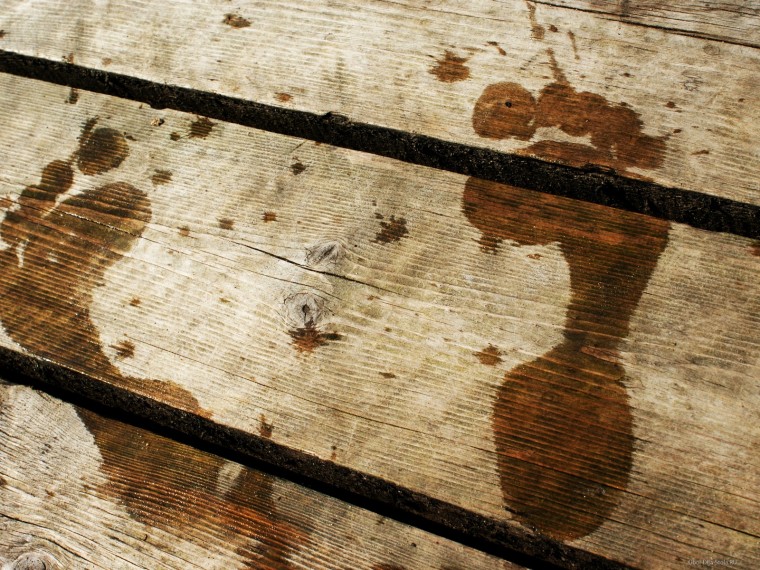 A story came to mind recently, one told by a pastor during a car rally in Moldova. It was just the time for winter holidays; families were completely immersed into the holiday ambiance.

The most delicious dishes were being prepared; the most expensive presents were being bought, and the most wonderful feelings were overflowing people’s hearts.

It happened on one of these evenings – someone quietly knocked on the pastor’s door. We all know that guests are absolutely essential at this time of year, along with their expected greetings as they walk through the doorway.

The door opened to let the guest in, but the sight was unexpected. It was a boy, medium height, very casually dressed in not the cleanest of clothes. The oddest thing was his shoes: black rubber galoshes on bare feet! Bewilderment swept over the home. "Isn’t it below zero outside??? Hurry, come on inside!" Taking off his shoes, the boy walked across the white glossy tiles, leaving a path of dirty footsteps behind. He was quickly washed, “defrosted”, and fed as if he were from this home. He felt exceptionally well. Every one of the children tried to somehow surprise the guest. The boy was presented with gifts, and all the attention was addressed only to him.

When the storm of emotions subsided, the father asked who this boy was and where he came from. The boy gave his name, adding that came from an orphanage which was located nearby. He said that he is an orphan and grew up without parents; he told of the obstacles that he met on his way.

Everyone listened to him with absolute attention. It was healthy for the children to learn about this stranger in order to realize for themselves what a fortune they – Christian parents and a warm home where no one quarrels, competes or struggles for survival.

Then boy was up in an instant, he gave thanks and said that he needed to go, because someone was waiting for him. He got dressed in warm clothes and acquired a new pair of socks. Giving thanks once again, he left the house which gave him food and warmth. A few seconds passed, and his silhouette disappeared.

"What was that?!" the question rang in everyone’s thoughts like a thousand bells. How come we didn’t ask where he was going? Maybe we should have given him more warm clothes, or given him a ride? Well, at least we know his name and where he lives.

Locking the door, everyone inspected the footsteps left on the floor in the hallway. It was strange look at such prints. Footprints in the snow – is one thing, but footprints left because of the lack of basic hygiene – now that’s a shocker. The prints were being washed carefully.

A couple of days later, the father went to the orphanage to check n him. This child has taken a special place in the hearts of his adopted Christian family. When he asked for the boy, he was told that such a boy with the same name and description have never been here, and other boarding schools are located far from the city. The Pastor was completely surprised. Who is the orphan, who was staying in his house?

Coming home, he crossed the doorstep, his eyes fell on the hallway floor, it seemed that the wiped traces could still be seen on the floor. I wonder if it was an angel I was greeted by?" - The question will always still there to be asked by the pastor and his family.

"Whom we receive in their home and for whom we serve?" - Ask yourself this simple question during these holidays.